I feel like rambling today. If you are not a fan of those types of post, I don’t recommend reading the rest. For those of you who are okay with it, I’d like to talk about the pictures I make of myself, and some of their deeper meanings.

To begin with, I have never cosplayed myself. Sure I once made a Prince of Persia costume for carnival back in school, I also dressed up in costumes for Halloween, but in my adult life so far, I have never made a costume for myself. I bring this up because I always wanted to, and still do. Its not even really a case of not possessing the skill and talent needed to make costumes. With the information readily available on the internet created by so many amazing people, I’m confident I could make myself a costume I would be satisfied with. The issue is: why bother? Hungary doesn’t host frequent conventions, and I feel like the ability to maybe show off a costume once is not worth the effort I would put into it. I could just be making excuses, there is always that possibility. None the less, at the end of the day I do not feel the motivation to put work into any such project. But I do know how to draw. 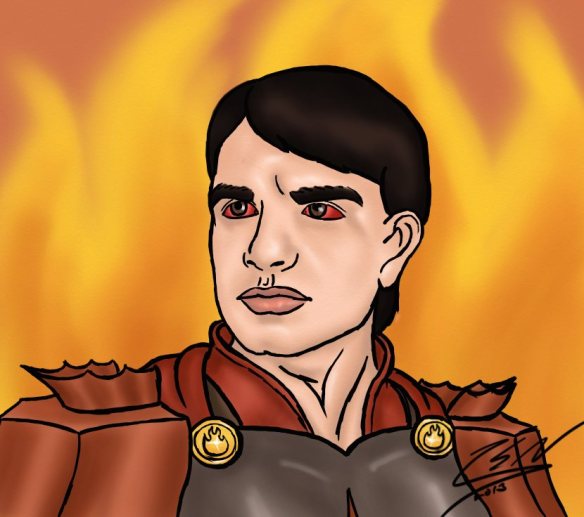 This one was the first. He is Tamolar, the melancholic ex-knight of Lomar from one the stories I wrote. He was based on me at the time, so I drew myself as him. To me, this is how I cosplay. I get to see myself in cool outfits, even if it is only for the length of a single image. But more than that, my self portraits always represent me at the time. Not just what I think is cool there and then, but how I feel. I wont go into the details of why Tamolar is the way he is (You can read the stories to find out), but my early college years were a low point for me, and I think the image does give that off.

This one is far less emotional, so I will keep this one brief. By this time I was feeling a lot more healthy, and I really liked playing DOTA 2. Queen of Pain was one of my mains. You can think me shallow if you want, but it was her attitude that made her one of my favorite characters. I just got the random idea to make my next profile picture a male version of her. No special emotions tied to this one. Just simple as that.

Brighter, right? I do tend to have something of an inner paladin. That, and Uther was always one of my favorite Warcraft characters, dating all the way back to Warcraft 3. I recently stopped playing all Blizzard games, just because I feel like the company currently doesn’t care about me as much as they used to as opposed to their bottom line, but I refuse to let my breakup with them ruin the good memories they once gave me. Which brings me to the last one. 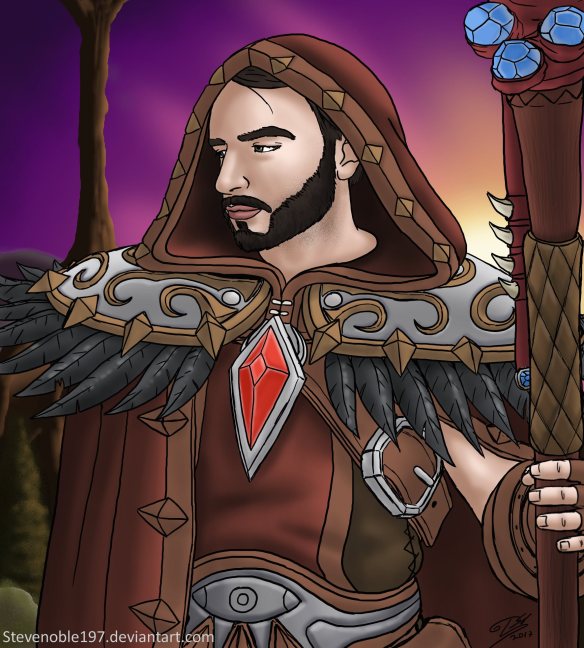 The announcement of the Battle for Azeroth expansion was the beginning of the end for my relationship with Blizzard. Fans of the franchise where busy chanting Horde and Alliance, in the conventions and on the internet. Blizzard has made a killing figuratively pitting their fans against each other in this way, and I understand the psychology behind the decision. Yet amidst all the name-calling and rivalry, I cant help but think of poor Medivh. The man returned from death to make up for the mistakes he made, to bring and end to evil plaguing the world and uniting the warring factions. It is a good thing he is dead, because if he saw what became of the world he risked everything to save, I’m sure he would feel more hurt by the Blizzard story team than I do. And don’t want to place myself on the same level as the Last freakin’ Guardian, the disappointment in my eyes in the picture is how I felt when I made the picture, and still continue to feel today. Every day I feel a little more disheartened by what I see in the world, not just the fantasy one, but the real one too. And for a change, I don’t feel like it is a failing of mine. I feel like the world is failing me. 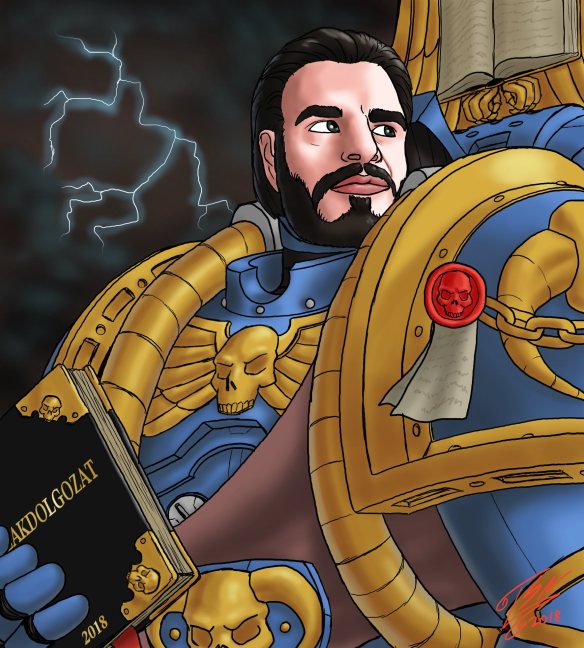 Usually when I make a new self portrait it then becomes my new profile picture on the internet. However you may have noticed that when I made my thesis selfie I did not update any of my socials. That is because this latest picture is just cosplay. Just me wearing a silly costume for an occasion. This does not represent me now wanting to purge all heretics, or anything similarly 40K. Its just the first image that I thought would look cool. The reason my profile pictures have not changed, is because I am not currently a metaphorical Ultramarine Librarian, I am still a disappointed Medivh.

Just how I’m feeling at the moment. Here’s hoping the future brings new opportunities for me to make new, happier drawings of myself. Maybe one in space. Or on the Moon! OR MARS!!!

1 thought on “About my self portraits”