The collection of my written stories can be found here. In time I will probably upload more from my library. Fair warning: I accept no responsibility for the strokes and heart attacks caused by the sheer number of typos and mistakes in my writing! You have been warned.

The story of Amenrahersef (Chapter one – Life) 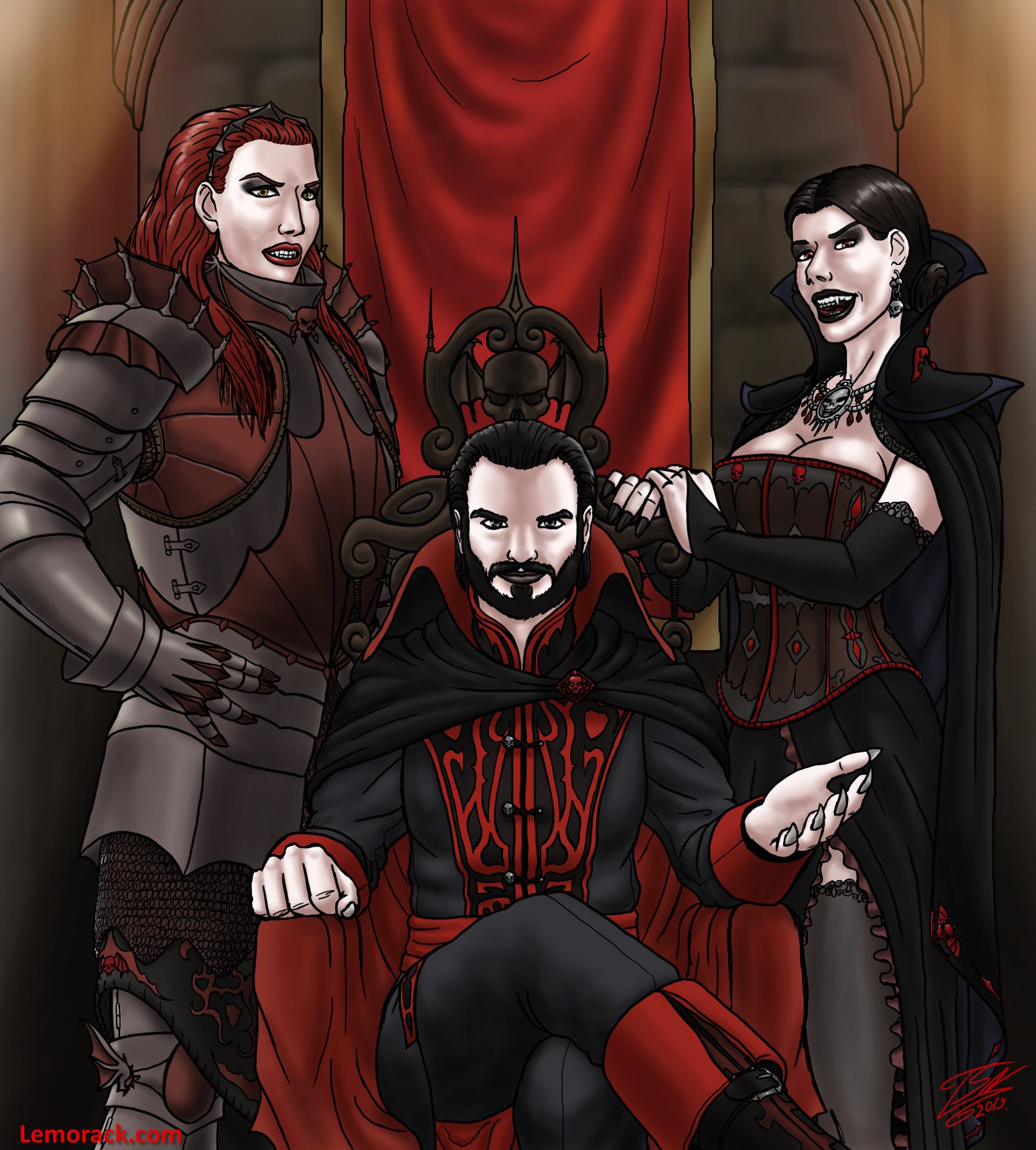 The story of a Vampire lord from his days as a slave to a mortal king, to his becoming one of the most powerful beings in the world.

This is the backstory to a villain I made for a Dungeons and Dragons campaign. It ended up more detailed than I thought it ever would, and I decided to publish it even though it is very much a work in progress. Warning! This is the story of a Vampire! Expect various mature content within!

In the fantastical land of Leviron, a loyal soldier of the country of Lomar, Igarla finds herself betrayed and left for dead. With tensions rising between Lomar and their warmongering neighbors, and a possible conspiracy threatening her home from within, it is up to her and a small number of her trusted friends to unmask the man who betrayed her, and save Lomar from possible disaster.

This is the first story I completed, and as such I am extremely critical of it. I wrote it almost 6 years ago, and my style of writing has changed much since then. I am considering going back and rewriting this story. I feel like I could turn it into something very special, and even make one more continuation to it. The story exists in my head, it just needs to find its way onto a word document. Perhaps one day I will work up the motivation.

Several years before the events of Igarla’s first written story, a unit of Lomaran special soldiers are dispatched amidst an expeditionary force to the land of Maradar. Among their ranks is the young lieutenant Igarla, eager to fight for her home, but utterly unprepared for what this faraway land has in store for her. The events that she faces will end up changing her forever.

I chose to write a prequel to the first story I finished, rather than follow up on the loose ends from the first book. Igarla is the character closest to my heart of all I have ever came up with, and I wanted to delve into the events in her life that made her who she was. I didn’t want to leave her as a blank, uninteresting vessel of a character with the only characteristics defining her being “badass” and “good leader”. I also think that by this time I matured as a person much more, and my writing improved along with me, making for a far superior story to the first one I wrote. After finishing it and reading though it several times I was embarrassed re-reading the first one, hence my desire to rewrite it.